The battle for Northern Udar rages on! It’s been 100 years since the First Demon War tore the land apart. Thanks to the Eternity Warriors the demon threat was held at bay. However the demons have been consolidating their power in a series of Demon Towers built in locations throughout Northern Udar.
You’ve been tasked with cleansing these Demon Towers and defeating an even deadlier demon army than before …
REAL TIME PVP AND CO-OP MULTIPLAYER!
Battle against or alongside fellow warriors in ONLINE MULTIPLAYER MODES!
THE ULTIMATE DUNGEON CRAWLING ACTION GAME HITS YOUR ANDROID PHONE AND TABLET!
• STUNNING HIGH DEFINITION visuals and EPIC MELEE gameplay!
• Fluid REAL-TIME COMBAT against dozens of NEW demon enemies!
• ONLINE CO-OP MULTIPLAYER! Battle with a fellow warrior in the ONLINE MULTIPLAYER MODE!
• Use your SPECIAL SKILLS to slice your way through MULTIPLE UNIQUE DUNGEONS!
• COLLECT ARMOR, WEAPONS and other LOOT! Upgrade your gear to become the ultimate Eternity Warrior in Udar!
Eternity Warriors 2 is free to play, but you can choose to pay real money for some extra items.
Use of this application is governed by Glu Mobile’s Terms of Use. Collection and use of personal data are subject to Glu Mobile’s Privacy Policy. Both policies are available at www.glu.com. Additional terms may also apply.
FOLLOW US at
Twitter @glumobile
facebook.com/glumobile 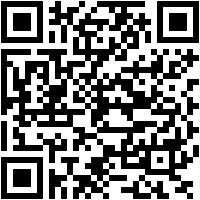 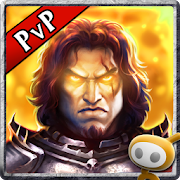