The best real-time strategy is now at your fingertips! Starfront: Collision, the epitome of RTS gameplay with gorgeous HD graphics and a competitive 4-player multiplayer, finally hits the BlackBerry Playbook! Welcome to planet Sinistral, where rare Xenodium crystals are coveted by a human mining conglomerate called the Consortium. However, they are not the only ones after the rare mineral. The Myriad, an indigenous race of aliens, is addicted to Xenodium and will do everything they can to prevent the Consortium from plundering their resources. To add to the chaos, a sentient robot race called the Wardens is trying to turn the war in their favor. Whose side will you choose? With Starfront: Collision, choose from 3 unique but balanced races and deploy your strategy for victory in this battle. Each faction can construct 8 different buildings and over 10 destructive units to build up their base and mount an unstoppable assault on adversaries. Once you’ve mastered the solo campaign, put your skills to the test in exciting multiplayer battles. THE DEEPEST, MOST BALANCED RTS GAMEPLAY ON BLACKBERRY PLAYBOOK • At last, an RTS with intuitive touch controls that give you total control over your forces. • The entire interface has been redesigned for the BlackBerry Playbook to ensure a perfectly ergonomic handling of the game. • Hone your strategy with three different factions – The Consortium, Wardens and Myriad – each with unique tech trees and tactics. • Complete 20 missions and create your own battles thanks to Skirmish mode. • Gather resources to build 24 different buildings and recruit 30 different units. A DEEP AND POLISHED SCI-FI UNIVERSE • Wage war across five gorgeous environments: ice, badlands, a jungle, an underground reactor and a destroyed alien city. • Discover the deep and engaging story of a war for resources, told throughout the solo campaign. • Gaze upon top-notch 3D-rendered environments, buildings and units. HIGHLY COMPETITIVE 4-P MULTIPLAYER MODE • Confront your friends in epic and challenging Online Multiplayer battles. • Choose between 5 multiplayer maps, each corresponding to one of the 5 environments in the game. • Enjoy unlimited replayability thanks to Multiplayer mode. • Connect to Gameloft LIVE! 2.0 and compete to rule the leaderboards. 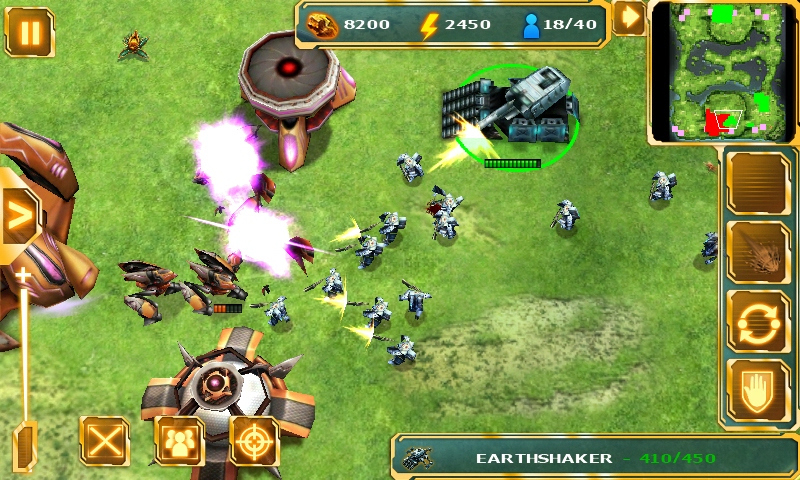 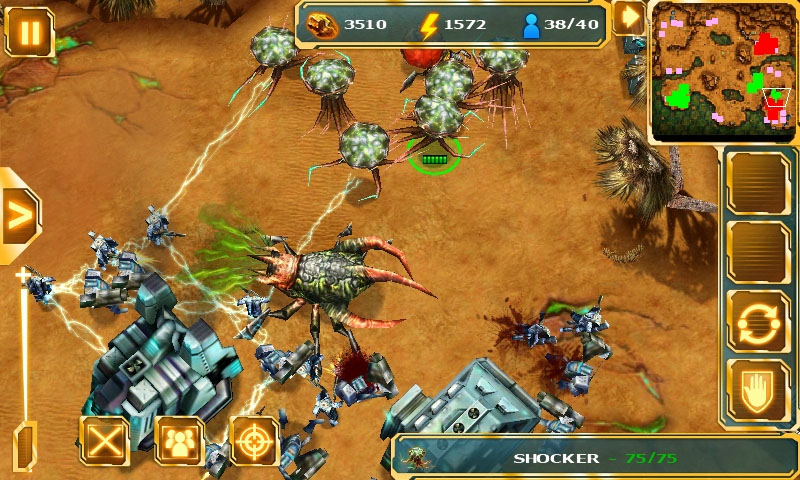