HomeStrategyShips of Battle Age of Pirates

The Golden Age of Pirates has arrived on the Google Play Store!
Ships of Battle : Age of Pirates let you travel to 18th century, in the Caribbean. Where Nassau and Cuba thrive under the Spanish rule. There is, however a force that challenges this so called “Spanish Empire”. Pirate strongholds, pirate kings and privateers have also set upon the Caribbean and will not leave without a fight! Get into your own Pirate Ship, gather a crew & supplies and stop all that oppose you.

Become a fearless captain of your own Pirate Ship !
Age of Pirates will let your board your own pirate ship and let you sail through Nassau, Cuba and more caribbean islands. You and your pirate crew need to challenge other ships to a real cannon fight, this means that the Pirate Ships that you sail will be the weapon of your choosing. Collect as much loot as you can possibly carry and sell this in your Pirate Port.

All Pirates need to have a home right? Yours is a whole, upgradeable island!
On your island you will have many buildings and options to your disposal. As the Pirate King you can upgrade your ships, buy new ships, sell or buy loot or just go to the tavern to enjoy some quality time with your crew! Ships of Battle : Age of Pirates has everything that pirates desire!

There is just so much to discover in Ships of Battle : Age of Pirates !
In this 18th century world, island like Nassau, Cuba or even Trinidad were full of secrets left behind by ancient societies. You need to find all of these secrets while sailing over the seven seas!

Game Features Ships of Battle : Age of Pirates :
?‍☠️ 15 awesome Pirate Ships to sail the Caribbean seas with!
?‍☠️ Your own upgradable Pirate Holdout!
?‍☠️ 13 of the most famous location in history are also in this pirate game!
?‍☠️ An awesome quest line which will keep you on your toes! 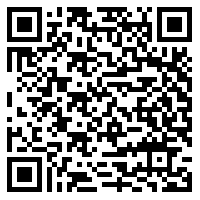