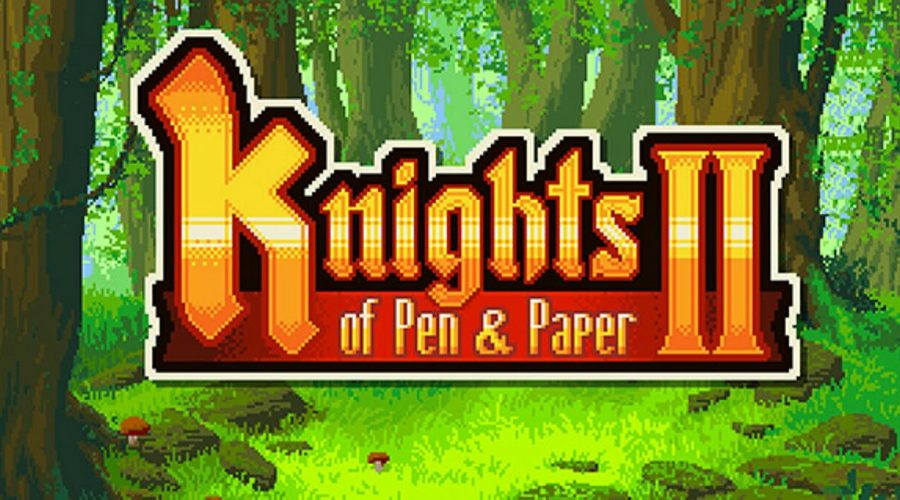 The 10 floor dungeon features a campaign as a ghostly figure appears inside and revealing its mysteries. A boss fight of insane proportions awaits at the end. How long can you survive?

Players portray both party and game master playing a tabletop RPG, and must assemble both their characters, and the challenges they will face.

“There’s something genuinely pleasant about Knights of Pen and Paper 2, especially if you’re a fan or tabletop role playing. It pokes fun, but it’s always warm towards its subject matter.”- Pocket Gamer

“a great little RPG that presents excellent value for money with much to love.”- Continue Play

Great new things in Back To the Source!
• Psion and Druid: Two new character classes.
• Mega Dungeon: A 10-floor mega dungeon.Only the most tenacious of players can reach the final level, defeat the boss and solve its mystery.
• Expanded Skill Cap: As with the other expansions, the third expansion will increase skill maximums by 3 (from 15 to 18, 21 or 24, depending on how many expansions you own).
• New Enchantment Tier: final enchantment level of +5. What's new
The game is now free, with a fully reworked combat balance and ingame economy. More of everything! We will continuously improve the game, be sure to keep the game updated!
Hotfix: 2.5.54
- Minor technical fixes
Hotfix: 2.5.53
- Travel cost reduced in the early game
- Energy cost for spells reduced
We resolved an issue with the automatic redeem of DLCs for former premium players. If you did spend some of your gold to buy DLCs you previously bought for cash, please contact our customer support.
YouTube video