Do you have what it takes to compete in this mix of driving and shooting? The only rule is to get to the finish line alive. Choose the fastest vehicle, the most devastating weapons and the most powerful defenses, your enemies will not have mercy! Start the action in your car!

Genera Games, in collaboration with Universal Pictures, launches the official game of the movie “Death Race”, fight for your freedom on the speedway between speed and big explosions. Enter this awesome racing and shooting simulator brutally destroying your opponents! You can only win one!

In 2012, private companies take control of prisons, in the United States stands out Terminal Island where its director, Hennessey, creates a tournament known as the “DEATH RACE”. Millions of spectators buy their ticket to enjoy this bloody show. In the midst of this deadly speedway, you will witness the destruction of your enemies, their cars firing will not be able to against all your weapons and your ability to fly in this game with realistic graphics and the deadly race with shots that is about to begin in the race track.

Play as the protagonist of the film, compete against the rest of runners to reach the goal in this official game, just one more VICTORY! The most breakthrough action and cars game you’ve ever seen! Designed for authentic drivers with a desire to shoot. Download it for free on your smartphone or tablet and start the show. The race track is waiting for you!

Choose the most fiercest vehicles and the most powerful weapons that will protect you as you fight the men who have been imprisoned in this race with shots. In a race where the only rules are kill or be killed, are you willing to do whatever it takes? Drive powerful cars, shoot big guns, play with realistic graphics and spectacular blasts, START THE DEATH RACE!

INCREDIBLE GARAGE
You can choose between cars of all kinds and modify them! Between sports cars, trucks, SUVs and muscles, we have more than 12 vehicles waiting to be tuned and increase their DEAD LEVEL. Choose from all the amazing skins, modify their colors and share your new car on Facebook!

POWERFUL ARSENAL
Become a car killer with the greatest firepower! Choose from our weapons and equipment: rocket launchers, assault rifles, shotguns, sniper rifles, machine guns … and much more! Have you tried slow motion to kill your enemies?

POTENTIAL BREAKERS
Wreck the rules! Tired of playing fair? Equip yourself with our power-ups and end up with your opponent in seconds: X-Rays highlighting their weak spots, increasing damage to your weapons, improving your defenses, or carrying as much ammo as you can. The first ones are FREE!

SPECTACULAR CO-PILOTS
We have 4 girls available! Choose the sexiest copilot, to help you during the race, upgrade your weapons to become the most deadly team!

GAME MODES
DEATH RACE style driving. The ultimate shooting car game!
Relive the movie races with our HISTORY MODE and get your FREEDOM!
Do you like the prizes? Compete in CHALLENGE MODE, win 5 races in a row and you will get a good booty, the higher the difficulty the better the reward!
Every day 3 DAILY CAREERS await you, leave them alone and extend your benefits!
Scale positions with RANKING MODE, will you be able to overcome all levels?

Enjoy our spectacular trailer and see why you should download this brutal driving game and shots NOW: 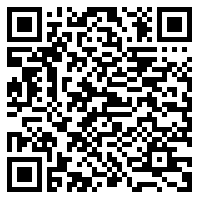 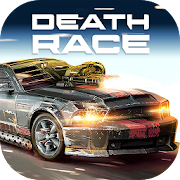