Two days ago a bomb went off in central park. Fatalities were few but hundreds more were injured in the blast. They got them to the hospital some how… but it wasn’t long before all of the injured had suddenly died as well. The doctors said it was some kind of ‘mass cardiac arrest.’ If that was true they wouldn’t have boarded up the windows and barricaded the doors. No one’s heard anything from inside for 12 hours now, and what we heard then wasn’t good…”
With an armoury of deadly weapons at your disposal you must fight to survive against an endless horde of zombies hungry for one thing: You!
You’ve gotten into the hospital, but all the other rooms are locked. Your only chance for survival is to kill for cash, letting you unlock additional rooms or purchase more powerful weapons in your endless fight against the undead. Board up the doors, run fast, shoot to kill and maybe you might see tomorrow after all!
FEATURES
– Fast paced action survival shooter
– Survive against massive waves of the undead!
– Purchase loads of different weapons to defend yourself from the horde
– Buy yourself some time by boarding up doors to keep the undead at bay
– Unlock rooms to make space and find different weapons to finish the fight
– Search for the “random box” and destroy your enemies with the most powerful guns!
– Massive hospital level to explore and defend all by your lonesome
– Turn on the power and use deadly traps like the Masher, Flame Wall, Zapper or Defence Turret to help get to the next wave!
– Vending Machines give you the edge to push on with Quick Repair, Speed, Instant Cash and Armour
– Tutorial level to help you get to grips with the gameplay
– Full 3D action and gory effects in high detailed graphics perfect for all mobile devices!
Xperia PLAY optimized

What's new
- Problem with virtual thumbsticks sticking has been resolved.
- On some devices, Doors flicker from color to black when player shoots. This is resolved.
- small performance tweaks
- Engine updated, Unity 3.4 to 3.5 (which is still in beta). Seems to have fixed a few issues plus we wanted to release this before Christmas so you can all enjoy some DOA gaming on your new device that Santa delivers! If you experience problems with this update (1.8) please let us know ASAP via our support page.
YouTube video 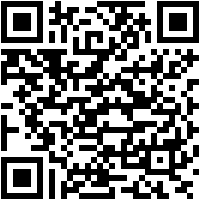 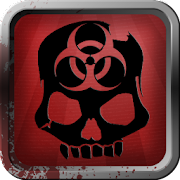