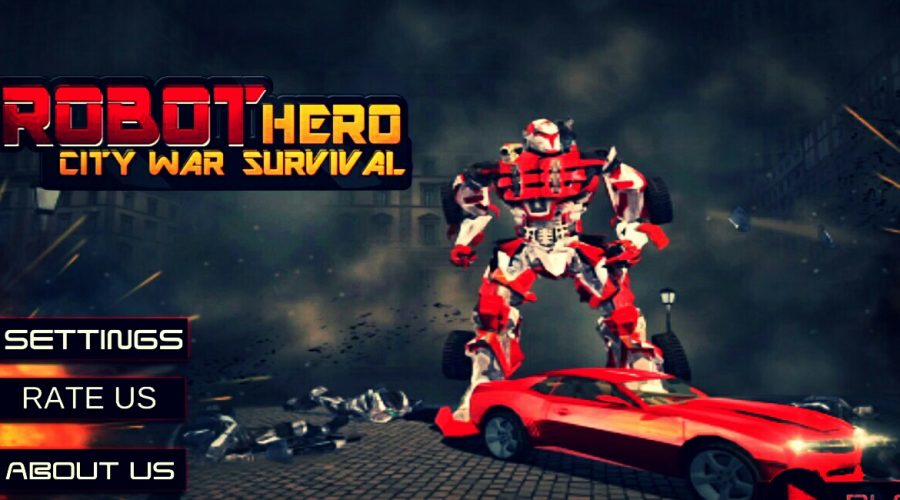 In this modern futuristic era, world your city is has been taken over by the highly advanced technology robots. The survival war is going on between the good and evil robots in your the city. You as a Robot hero is on the move to fight and finish the evil robotic forces who are on the mission to create havoc, chaos and destruction in your city. The city is vast and big, transform your robot hero into fast moving car and drive around the city in search of the metallic X ray robots causing chaos and destruction. You will feel like driving and shooting enemy robots in the futuristic era in this robot hero city war survival game.

This futuristic mech robot fighting simulator is all about survival and victory..! Are you strong enough to hold control your super fantastic mech robot and fight furiously with the enemy robotic forces in this futuristic robot wars? The deadly enemy robots are freely roaming in the big city. Make the best possible fighting strategy, drive your car fast and transform yourself into an amazingly big fighting X ray robot whenever you encounter the robotic rivalry machines. User your guns, other combat tools at your disposal brilliantly. Target, and aim and shoot your enemies perfectly. Take the risk and rescue the city in this robot fight simulator game and protect yourself from the dangerous attacks of enemy bots in this robot warfare. Drive fast and safely. Make best use of your super fantastic combat skills of punching and kicking and open rapid fire on these metallic robot enemies to bring back peace in your city. Show your enemies who is the real car robot hero here..! Don’t move back as this is your last chance to defeat the robot machines and restore peace in the war city.

Feel the thrill of shooting, punching, kicking, attacking and destroying the ruthless robot machine forces in this action packed simulation game. Transform into the car and get on the driving feels and when needed get back on as the Robot to fight against the evil forces. This futuristic based car robot fighting simulation will give you a super amazing warfare experience of intense shooting with your rifle and guns. You as an X ray robot hero of your city would use all fighting abilities, war weapons, and robotic guns at your disposal to fight and destroy the enemy robot machines. Fight for the victory..!

Experience an amazing robot transformation from car to robot and back to car in this amazing battle with the force of machine robots. This brutal X ray robotic war is highly activated and you need to drive, move and finish the evil machines in this war city to be called as the real robot war hero of the survival city. 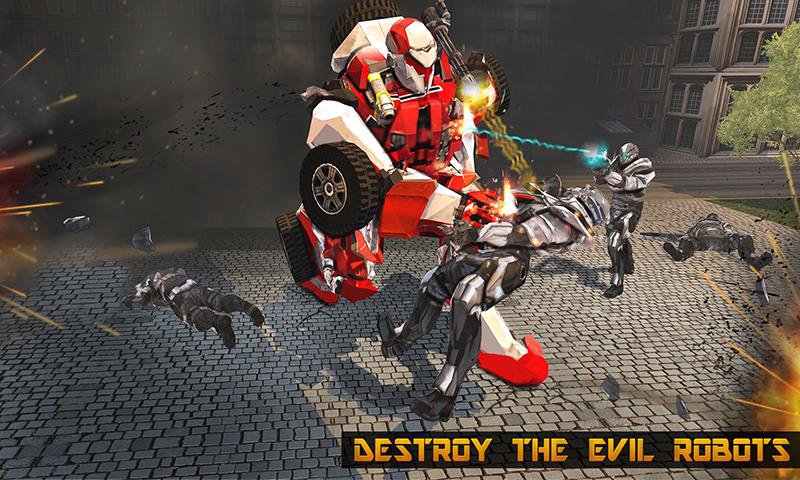 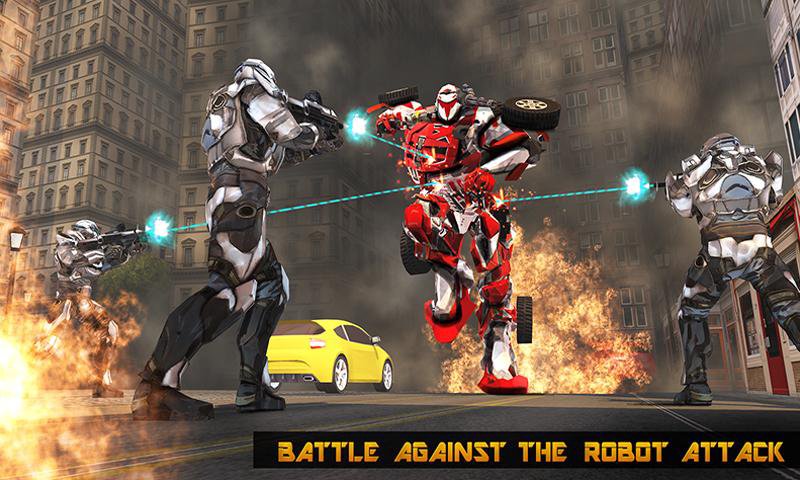 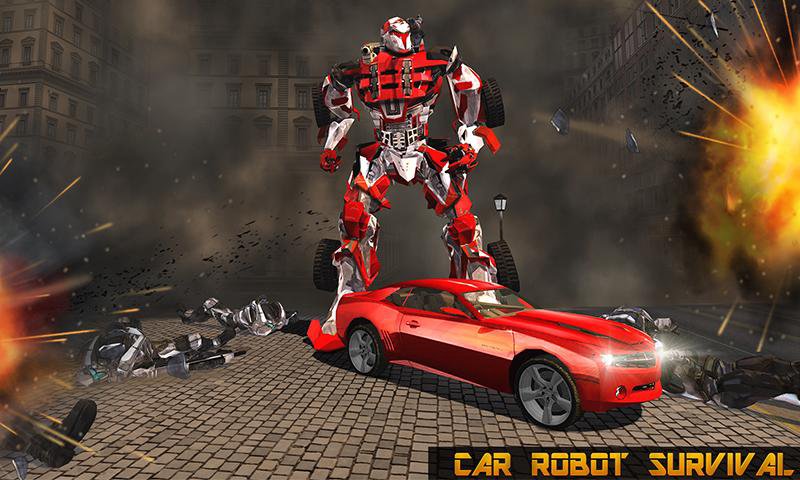 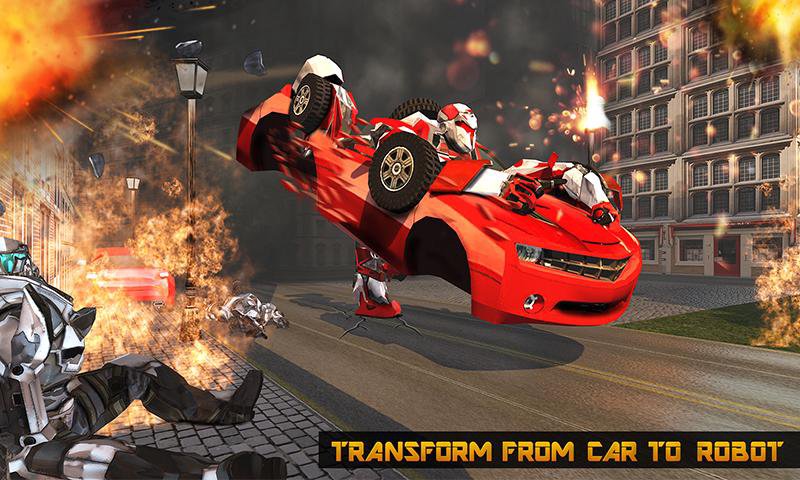 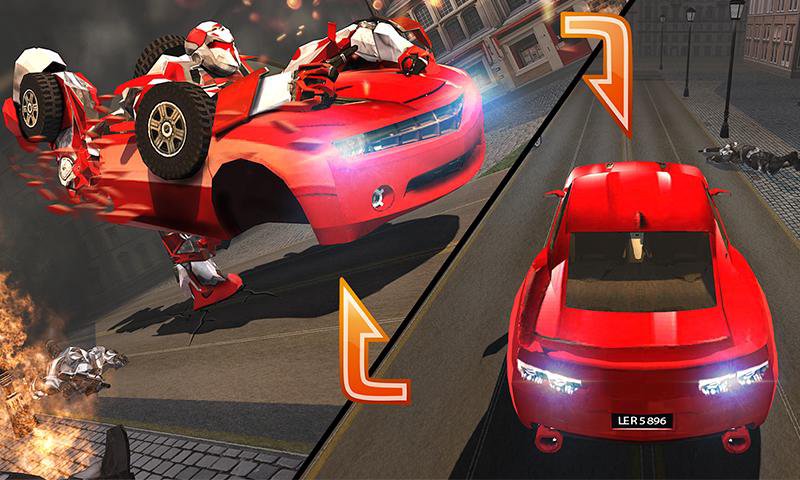 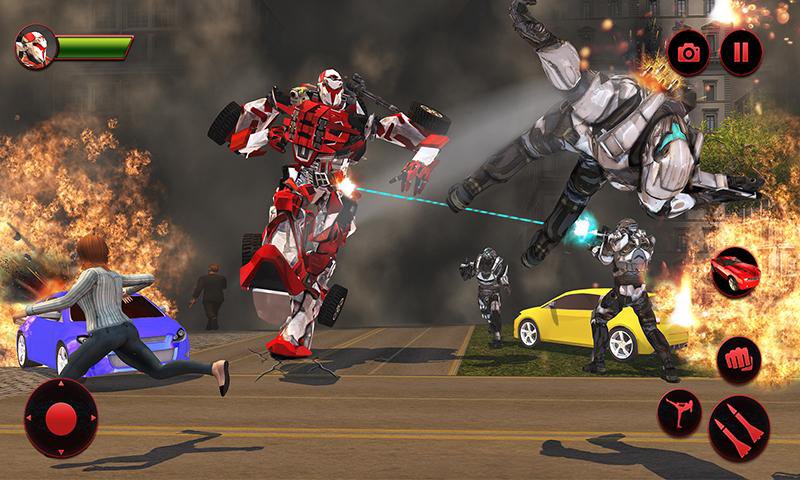