– Featuring Rangers, Villains and Megazords
– Complete over 50 challenges and fight custom battles in Arena Mode
– Over 20 levels to explore and master
– Master the Rangers’ moves to battle the evil Sledge and his monster army
– Use Mighty Megazords to help the Rangers fight super-sized monsters
– Choose between various Rangers’ weapons or giant robots towering over the city
– Easy-to-learn controls
– An all-new story presented in an awesome comic strip


The future of the planet is at stake.. and only you can help the Power Rangers triumph!

****This is a resource-intensive game featuring high-quality visuals. We recommend that you check the performance on your device prior to making any in-app purchase.***** 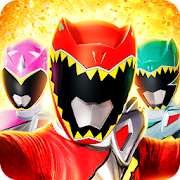