Modern Combat: Sandstorm – you play as an American soldier who has received a task on capture of the terrorist. Action happens on the Middle East, in several locations, such as hospital, laboratory, palace, majordomo, port, desert, building and … You will see a wide choice of the various weapons, including rifles M16 and AK-47, RPG-7 grenade launcher, MP5A5 machine gun, an easy machine gun M249 and a sniper rifle M40. 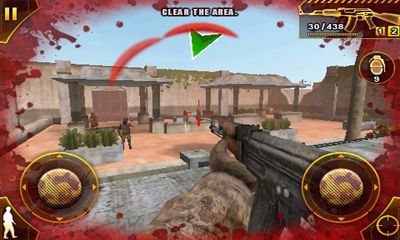